When the farmers raised slogans instead of plough just before the assembly election 2018, nobody imagined that it would create a very big hole in the fabric of BJP politics. The party claiming to be the only national party in near future was uprooted by the people from the biggest state of India and former biggest state of India. The whole nation which was looking saffron till 10 December turned not so saffron in a single day. 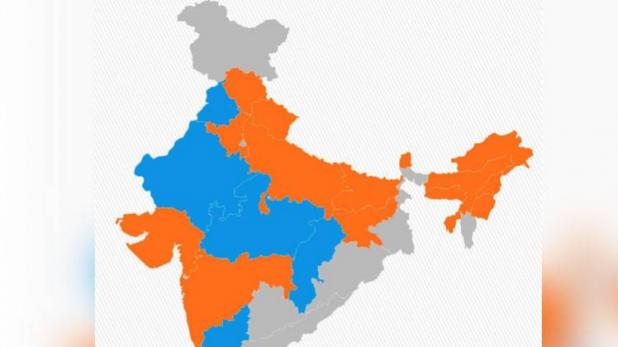 Some say it is politics of religion while some say it is the sorry state of economy which led to this defeat, but majority of the news reports claim that farmers’ votes favored INC which promised full waiver on loan after elections. As per the video of president of INC Mr Rahul Gandhi, the loan in MP is to be waived off within 10 days of government formation.

However, Mr Gandhi molded his statement after election results saying that the government would work on a “complex” solution to “comprehensively” help the farmers including development of infrastructure. Thus, as usual, he is being mocked in social media for his u-turn. We, at Know India, believe that all the politicians make tall promises before elections and Mr Gandhi is no exception. However, it is our expectation that his party would walk his talk after elections.

If we look at parliamentary discussion in the ongoing winter session, it is clear that the government is in no mood to implement any loan waiver scheme.

In a written reply to Shiv Sena MP Bhavana Gawali Patil, Union Minister of State for Agriculture Parshottam Rupala said “the Union government at present is not considering any loan waiver scheme for farmers.”

“Such waivers may impact the credit culture of a State by incentivising the defaulters even if they are in a position to repay the loan and thus create/amplify the moral hazard by discouraging those borrowers who have been regular in repaying their loans,” he said. “Further, each waiver granted makes it even more difficult to reject any future similar demand.” Mr Rupala reportedly mentioned in his written reply.

Mr. Rupala admitted that according to the National Crime Records Bureau data, bankruptcy or indebtedness, and farming-related issues were reported as the major causes for suicides among farmers. While the Center would not consider loan waivers, it had initiated a number of measures to reduce the debt burden of farmers and to increase availability of institutional credit to farmers, he said.

The above text seems logical when economy is considered. But when we look closely, the issue is itself a complex one. Let us see with an example.

Consider a farmer who tirelessly worked hard on his field for good yield of onion. He took the loan from government bank using his Kisaan Credit Card (KCC) account at 4% p.a. for inputs like electricity, water, seeds and fertilizers. After his efforts, he was blessed with good yield of onion. Now, he is in the market and wants to sell his good yield. Guess what, the price per kg is ₹1, yes only ₹ 1/ kg. What does he do? Should he sell in the market or wait for the government to announce Minimum Support Price (MSP) which should have been in place much before this incident considering it is happening every year. He choose the first option and send the money to PMO in frustration only to get the reply that it should be sent online!! Now the question remains, “if he defaults after this scenario, is he a defaulter by choice or by lack of pro activity of government to foresee this situation?”

Mr Gandhi said that the solution is “complex” while Mr Rupala said that we should not “incentivize” defaulters. How about fixing this problem from the root? Let’s consider the solution written in the books of government.

India is blessed with good factors of production in agriculture yet India produce excess of something which is wasted every year (potato and onion) and shortage of something which is imported every year (pulses, though it has improved a lot in last few years because of decisive actions of government through MSP). This results in farmer indebtedness and consumer price inflation respectively both of which are avoidable.

Upon seeing the records, policies and strategies of the think tank employed by government, it can be seen that government has answer to everything yet it has not been able to deliver on these strategies because of possible lack of political will and pro activity to be shown on this issue. Parties often use these strategies to topple the existing government and after getting elected continue to remain passive on their promises. National Policy on agriculture (NPA) which should act as guiding principle for all the governments and ensure continuity in the efforts to improve agricultural productivity and farmers’ income has taken a back seat and now has become Non Performing Asset (NPA).

We, at Know India, request the government to take actions on the following fronts:

The good thing about the above measures is that they are already written in government’s books. All that the government needs is to act on the words written in its own book. It should understand that the mass of the farmer is way too large to topple any government and pleasing them with the name “Annadata” is not enough. It actually needs to do something very “complex” and “comprehensive” so that it need not resort to “incentivizing” defaulters in the end to solve the problems.