9 good things happened for India in 2018

As we end the year, let us relive some positive moments for India in 2018. We picked incidents which have been shortlisted by our team based on different criteria. If you want to share our happiness with more fellow citizens, share this post with maximum people. 1) Sonam Wangchuk and Bharat Vaswani won the Ramon […]
Read More »

Political Parties: Everything You Need to Know

What is a Political Party: A political party is a group of like-minded people who work together to win elections and form the government. Political parties compete against each other for political power and for the ability to put their philosophies and policies into effect.

10 things to know about Indian Secularism

Do you think India is becoming an intolerant country? Or is it just hype created by media (print, television and social alike). If you concur and feel cherished after reading this post, then it is just a hype. Secularism in India is engraved in Constitution right at the beginning in the Preamble. It is a […]
Read More » 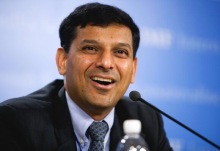 This is an excerpt from a speech India’s Reserve Bank of India chairman Raghuram Rajan delivered this week. The full text is available here. Even as our democracy and our economy have become more vibrant, an important issue in the recent election was whether we had substituted the crony socialism of the past with crony […]
Read More »

Nationally, with a population of 1.2 billion people, the statistic stands at 0.08 persons as organ donors per million population (PMP). This is an incredibly small and insignificant number compared to the statistics around the world.
Each year, thousands of people die while waiting for a transplant, because no suitable donor can be found for them. The need for organ donors has never been greater.

Last week the Rajya Sabha passed a private member’s bill of historical importance which provides a comprehensive rights framework for transgender persons in India. This is a victory of staggering magnitude — not only was it voted in unanimously, it is also the first time in 46 years that a private member’s bill has been passed.

For this legislation to truly achieve its potential, Lok Sabha needs to proceed in a manner that is as consultative as possible. This is a historic moment for a “minuscule minority”. Let the government make it count.

EVER SINCE THE EMERGENCY, THE PARTIES AND PERSONALITIES OF THE JANATA EXPERIMENT HAVE BEEN MAJOR AND BIT PLAYERS IN THE ELECTORAL POLITICS OF INDIA. PARTICULARLY SO IN THE ERA OF COALITION POLITICS IN THE 90S AND THE LAST DECADE. HERE IS A LOOK AT HOW THEY LEFT THEIR MARK ON ELECTIONS AND GOVERNMENTS OVER THE YEARS. 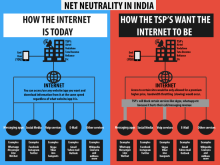 Net Neutrality: Save the Internet

By Prashant Jain There has been a buzz around Net Neutrality and its implications on mobile internet users. As the issue is very important for Indian mobile users especially youth, there is a need to correctly understand the issue and take steps to fight back. To do all this, what is better than an AIB […]
Read More »

The Curse of Agriculture

One positive outcome of the recent debate over Land Acquisition has been the return of agriculture into public discourse. The media – whether print, electronic, social has mostly been oblivious to the plight of farmers and agriculture sector in general. Of course most of this apathy and bias stems from our own ignorance and lack […]
Read More »

A victory for Internet freedom

The beauty of the Internet is that it is a truly open and democratic platform that does not discriminate – it does not care whether you are impoverished or a social outcaste and gives your voice equal weightage. We must attempt to increase the access to Internet so that it offers a voice to those in perpetual exile from our consciousness and enables them to influence public opinion. At the same time, we must also endeavour to maintain its open nature.